The Big Give - Together Fund Christmas appeal

In December 2020 the Beatrice Laing and Bishop Radford Trust participated in the Big Give Together Fund, championing Christian charities only. The preference was on smaller organisations who were newer to online fund-raising and who it was felt would gain the most. We supported 17 charities. We are looking to take part in a collaborative fund again this year and would like other funders to join too if interested. Some details can be found below:

In 2020, the Big Give completed its most successful Christmas Challenge campaign yet. A total of £20.1m was raised for the 764 participating charities over the 7-day period. Since it was founded in 2007, the Big Give has now helped thousands of charities raise over £156m through match funding campaigns.

Given the global context, the result of the campaign was extremely pleasing. In a report published pre-Christmas, we discovered that since the pandemic hit, 63% of charities had reported a decrease in income whilst 55% had reported an increase in demand for their services. The Christmas period proved to be a crucial time for charities fundraising efforts.

The Big Give was delighted to welcome Bishop Radford Trust & Beatrice Laing Trust as a match-funding Champion for the Together Fund in the Christmas Challenge. Key achievements from your portfolio:

● A 4.8 multiplier on Champion funding utilised in the campaign.

Overall across the 2020 Christmas Challenge

The 2020 Christmas Challenge ran for 7 days from #GivingTuesday, 1-8 December. The week-long campaign offered those who wanted to donate to participating charities the chance to double their donation on theBigGive.org.uk.

Participating charities had been selected earlier in the year by “Champions” i.e. funders, philanthropists and organisations that put up a proportion of the match funding for charities. A total of 26 Champions took part in the campaign contributing an average of £142,000 in match funding.

To promote the campaign through social media, the Big Give again commissioned the making of a campaign video featuring many well known celebrities which received over 50,000 views across a variety of channels. Once again, the Christmas Challenge hashtag (#ChristmasChallenge20) trended for much of the opening afternoon and a number of celebrities including Leonardo Di Caprio, Gabby Logan, David Walliams, Dame Judi Dench, Gordon Ramsay and many others shared the campaign on their social media.

In the build up to the Christmas Challenge, the Big Give provided a free and comprehensive package of support to all participating charities to help maximise their involvement in the campaign. This included resources (e.g. marketing guidebooks, template letters, logos), weekly support emails, 1-to-1 coaching calls and a five-part webinar series (run in partnership with charity training provider, The Foundation for Social Impact). There was high engagement with this free-support e.g. 96% of charities used the free resources available to them.

The benefit to charities of participating in the Christmas Challenge can be measured across four areas:

An Appeal From: The Bishop Radford Trust

Testing the value of collaborative funding with Five Talents

An Appeal From: The Bishop Radford Trust 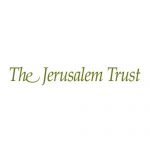 An Appeal From: Jerusalem Trust
person